Pearl milk tea that people can't stop, "Pearl" is actually toxic; Ethephon can not only ripen fruits and vegetables, but also lead to precocious puberty; meat in the refrigerator for more than 3 months, will produce harmful substances; long-term lack of sleep The human genome will change...

In May, these online news related to life made people cry in the hot weather. I donâ€™t know how many poisons I have eaten on weekdays, how many genes have changed, and whether my children will be older than their peers. Precocious... Don't worry, we ask the experts to give you a reassurance.

Rumors that the "pearl" in a milk tea is poisonous.

"All people say that people do water, but my friends and I are made of pearl milk tea." This is the inner monologue of many pearl milk tea fans.

As the popularity of pearl milk tea continues to rise, many people turn their attention to the hidden health problems behind the pearl milk tea. Recently, the popular pearl milk tea has been hot searched on the grounds that the raw material for making "pearl" - cassava is toxic.

Many people like milk tea because of the "pearl" of the Q bomb inside. If the "pearl" is poisonous, can we still drink milk tea happily?

The "pearl" in milk tea is a round product made from starch as the main raw material. Tapioca powder is the most commonly used one. According to public information, the nutritional value of cassava is high, the carbohydrate content of fresh cassava is as high as 38%, while that of potato and sweet potato is only 17%-20%. In addition, cassava is also rich in mineral elements, as well as beta carotene, vitamin C, vitamin B1, vitamin B3 and so on.

"Cassava is divided into bitter cassava and sweet cassava. The content of sweet cassava toxin is extremely low. The bitter cassava contains linseed bitter glycosides. Under the action of gastric acid, it produces a nerve poison, hydrocyanic acid." China Agricultural University, Food Science and Zhu Yi, an associate professor of the School of Nutritional Engineering, told the Science and Technology Daily reporter that â€œsweet cassava needs to be peeled off, washed and cooked before eating. But bitter cassava must be cooked and then cooked. Eat cassava or eat it. If you don't have cooked cassava, you will be at risk of poisoning. People say that 'eat cassava will be intoxicating' is actually a slight poisoning."

Zhu Yi said that the cassava flour that is regularly sold in the market has undergone â€œdetoxificationâ€ treatment. Moreover, "Pearl" will be cooked before adding milk tea, so you can eat it with confidence.

But it should be noted that "pearl" is starch, milk tea is a high-calorie drink, and the two together with calories will burst. Therefore, Zhu Yi reminded that pearl milk tea contains more sugar, and some also contain trans fatty acids. Try to drink as little as possible.

Proverbs Ethylene ripening fruits and vegetables can cause precocious puberty

"Net news is purely alarmist! China's national standard stipulates that the residue of ethephon in bananas, pineapples, kiwi, lychee and other fruits and vegetables should not exceed 2 mg / kg, this standard is the same as the EU standard." Zhu Yi said, ethephon It is a plant growth regulator. The human body does not have a corresponding receptor. It can not play the role of sex hormones in the human body, and it is not possible to participate in the secretion and synthesis of sex hormones. Therefore, it will not lead to the situation of "precocious puberty" and "fat" in the human body.

Zhu Yi said that ethylene has been used for fruit ripening for a hundred years. So far, no case of ethephon leading to precocious puberty has been found. Plant growth regulators that are currently on the market and used in the market, if used legally within the specified concentration range, will have no effect on the human body.

â€œAlthough Chinaâ€™s standards for ethephon residues are not low, it is inevitable that there will be over-dosage violations by fruit farmers and distributors. If the public is still not at ease, just wash and peel before eating, there is nothing to worry about.â€ Zhu Yi said.

"No matter what kind of meat, it can't be eaten in the refrigerator for more than 3 months." Recently, the news circulating on the Internet surprised many people. The reason why you can't eat is that when the meat that has been frozen for a long time is thawed, the temperature rises and the damaged tissue cells ooze a lot of protein and water, and the meat becomes a paradise for breeding bacteria. Eating such meat is harmful to the human body.

â€œWhen the freezing time is too long, it will damage the taste of the flavor, but the freezing itself will not cause unsafe factors. The same is true for thawing. As long as we are thawed normally, there will be no food safety problems.â€ Zhu Yi clarified that the thawing mentioned in the above statement The breeding of bacteria means that the bacteria will start to grow after the temperature of the thawing heats up to the temperature at which the bacteria can easily multiply. But if you cook immediately after thawing, you won't leave bacteria with time and opportunity to grow, so you don't have to worry.

Obviously, the above-mentioned seemingly professional statement is essentially a serious nonsense. So, what is the correct way to open frozen meat?

â€œThe best way to thaw is to put the meat from the freezer in the freezer room one night in advance and take it out for cooking the next day. But if the meat is frozen at room temperature or in the freezer, it will breed bacteria.â€ Zhu Yi bluntly said that this was not caused by the length of freezing and the thawing itself, but was not treated in time after thawing. It is worth noting that the meat in the freezer of the refrigerator in the home should not be placed for too long. Of course, this is from the perspective of nutrient loss and poor taste.

So, is there any deadline for freezing meat? Dr. Yun, a food engineering doctor, said that at the freezing temperature, the microorganisms stopped production and the biochemical reaction stopped, which means that there would be no harmful substances. Therefore, if only food safety is considered, frozen foods can be stored indefinitely.

Recently, an article entitled "Long-term lack of sleep will change genes, and a week will lead to more than 700 genes in the body change" appeared in many people's circle of friends, causing people's concerns about staying up late.

It has been verified that the research literature of the Proceedings of the National Academy of Sciences cited in this online article is a study published in 2013. The results of this study show that when the volunteers participating in the experiment had insufficient sleep, there were 711 genes. The expression has changed.

However, this does not mean that we can continue to stay up all night happily. After all, lack of sleep does have a lot of bad effects on health.

Chen Kuan, chief physician of the Department of Neurology, Beijing Friendship Hospital, said that the gene expression caused by lack of sleep involves circadian rhythm (biological clock), sleep steady state (sleep stress bond), metabolic process, inflammatory immune process, stress response and so on. Changes in the expression of these genes may lead to changes at the cellular level, thereby increasing the risk of metabolic diseases such as obesity, diabetes, and hyperlipidemia.

Compressed air is purified through the air dryer and filters to a certain level for main plant to work with. Air buffer is incorporated for smooth supply of compressed air thus to reduce fluctuation of compressed air source. The plant produces oxygen with PSA (pressure swing adsorption) technology, which is a time proven oxygen generation method. Oxygen of desired purity at 93%Â±3% is delivered to oxygen buffer tank for smooth supply of product gas. Oxygen in buffer tank is maintained at 4bar pressure. With an oxygen booster,  the oxygen pressure can reached to 15Mpa and fill in cylinders. 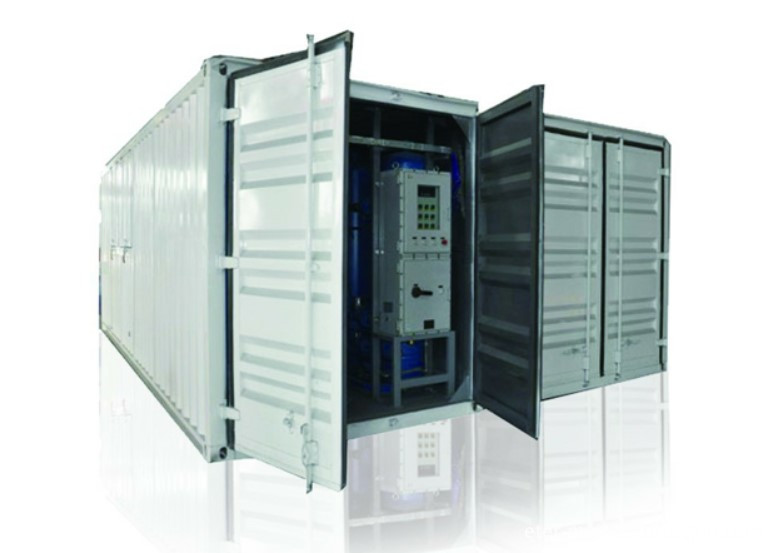